Peppermints first day in willow creek she decided she wanted to meet her new neighbour Jason Edge. Could Jason become her spouse?

They began chatting & getting to know each other. 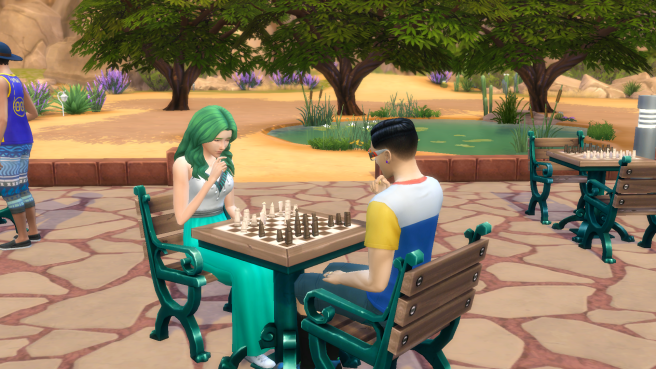 Peppermint spends her first day at the park & acquires the logic skill!

Of course we can’t forget she begins to cause mischief! 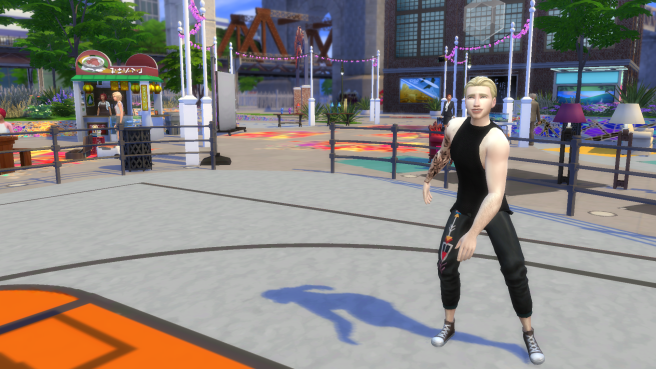 She & Jason Edge began asking each other back & forward on dates however they don’t seem to want to become girlfriend & boyfriend yet. They finally had their first kiss though! 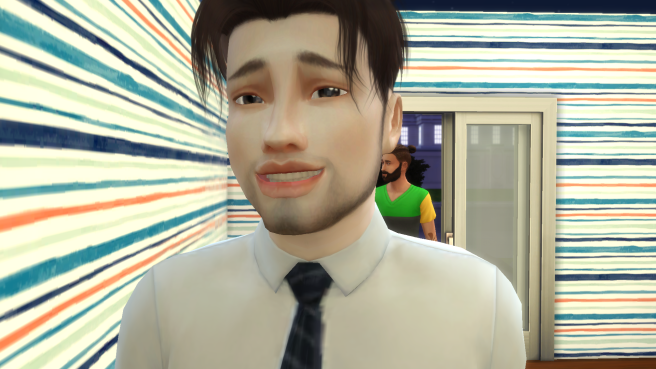 So Darren didn’t waste any time & immediately got baby making with Salim Benali! They met,flirted then all of a sudden they were making a baby! 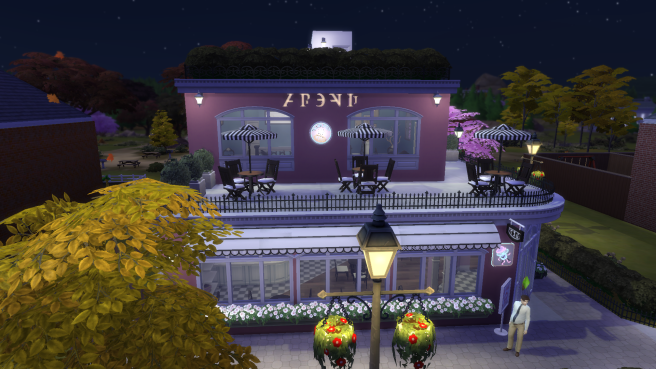 Darren opened a bakery! He hired his Daughter Isla daughter of Bob Pancakes aswell as a retail worker. Matthias had his birthday & is now a toddler! As of now the quads have moved out & Lillian,Matthias & Darren are the only people in there current house.

Finally Darren went into labour with the Benali babies. As to a surprise not one baby was born but THREE! All Girls meet the Benali Triplets Nora,Nayla & Niahm.

AN/ Sorry short one today!

So Darren went out to visit the park in San Myshuno. He met Isaiah Jeter his next baby daddy!

The Quads had a birthday & now are children & are practically identical.

Jaiden aged into a teen & even being the son of Johnny Zest he is stil the spitting image of Darren! Just look at that Selfie!

Darren was also invited too his daughter Giovanna’s wedding day in which she marries Parker Tomlinson (they also had their babies! They had girl Twins!) Darren was so happy to see his daughter get married & live her own life. 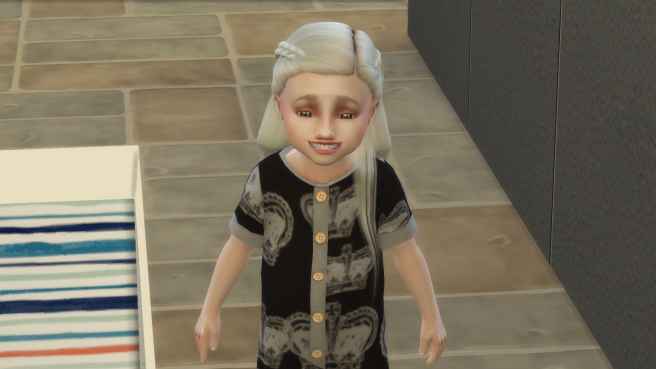 Little Lillian is now a toddler! Look at that smile! Isn’t she a charmer! 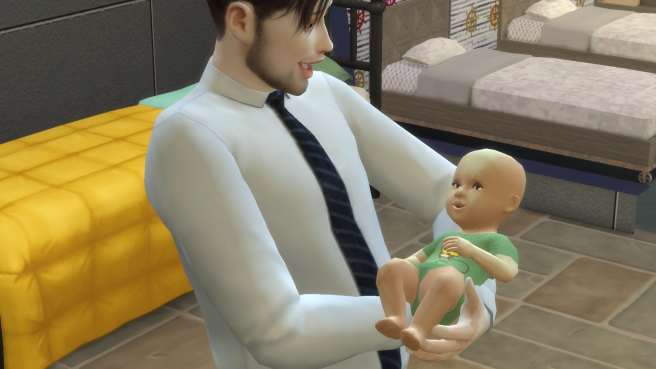 Alas, Baby Daddy Darren is pregnant again! Baby Number 23 is on the way. Darren got pregnant by Kale Bauer who happens to be an elder who he met at a retail store in Magnolia Promenade. 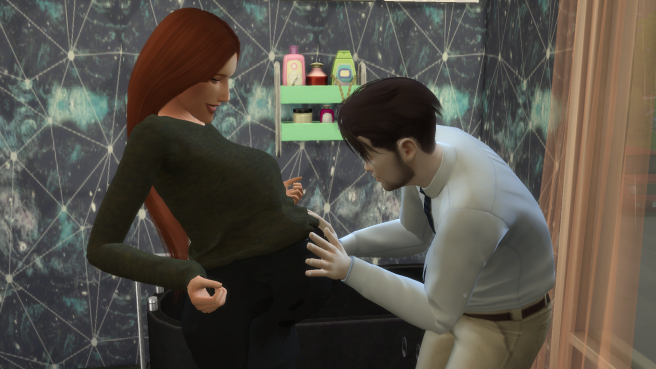 Giovanna came round to visit her father & give him the big news that he is going to be a Grandfather! Giovanna is pregnant with a lovely young adult named Parker Tomlinson (my sim) They also plan on getting married soon! I will definitely be sharing that with you guys!

Darren was absolutely over the moon that he was going to be a grandfather. Bill & Blaine are the only ones to have given him grandchildren previously who married twin girls & had a set of twins each!

After returning home from work Darren’s water broke & he headed straight to hospital. The nurse was ever so lovely, you can see how terrified Darren is even though he has given birth to 22 already! However, this is actually his first hospital birth! Darren wanted the father at the birth but unfortunately by the time was in labour Kale Bauer had died of old age.

I began with my male heir Darren. (Pictured below) Darren was a single man & decided he wanted to better the sims world and have 100 babies! Darren was not born female! In fact it all came as a mystery to him & the doctors how he could have children but he could! (Warning: i randomly change from no cc to cc mid blog!)

As of today Darren Has 20+ kids. I will provide you with a breakdown of where I am currently with my 100 babies & anything after that I shall blog! 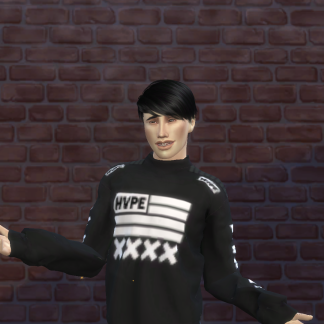 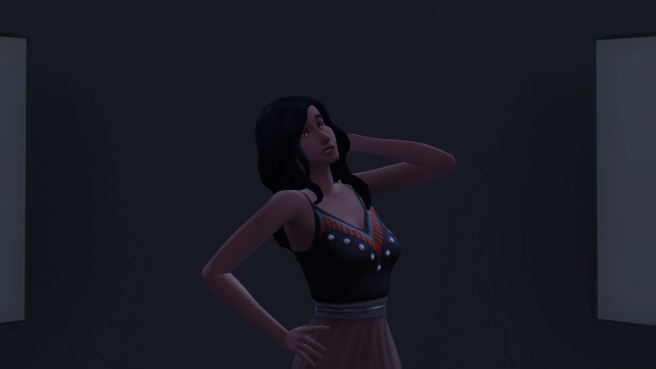 Now you know who everyone is I will start a blogging the next 78 babies! 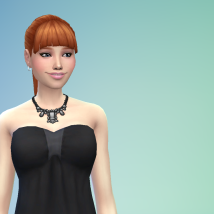 In order from left to right we have:

Tonya Breane- The mother of the family. Tonya is 35 years old currently as she had jaiden at the age of 20, Tonya and James met when she was younger when they married at 21 after the birth of Jaiden. Tonya’s parents did not agree with Tonya and James’ relationship. Tonya is the manager of a company persuing the buisness career and Tonya has already mastered the super parent aspiration.

Jaiden Breane- 15 years old, Jaiden is a tech geek loves to practice programming and he already has his career planned for when he is a young adult. Jaiden has the computer whiz aspiration and is currently trying to find a relationship with his crush Penny.

Ezra Breane- Ezra is a child and he is a creative child that loves to draw. Ezra is 11 years old and was born when Jaiden was 4. 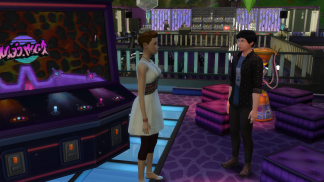 Jaiden had a crush on Penny since he was 13 and at the age of 15 Jaiden finally got the chance and asked good old Penny on a date! They headed to a bowling karaoke bar and Jaiden had a karaoke sing along while he also tried to woo Penny and bring up her friendship bar!

And we finish with a meme!

When someone else flirts with your crush! 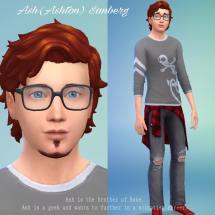 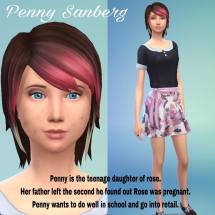 My current sims 4 family are the Sanberg’s. Rose, Ashton and  Penny. Rose and Ash are brother and sister and Penny is Rose’s Daughter.

Rose wants to become a cook and loves to create art in  her spare time. Ash is a geek and wants to further in the scientist career and he is building up his rocket science skill.  Penny is a teen and wants to own a retail store when she ages into an adult.

First day of the science career building the momentum conserver! 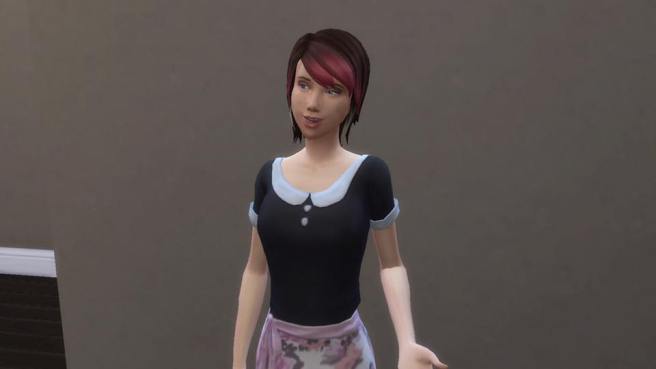 Penny talking to her Uncle Ash.

I am planning on furthering Ash in the science career and then we can hopefully get abducted by aliens!

I recently brought the Get to work expansion pack for the sims 4 and have been exploring what you can do and i love it!

I have taken a few selfies with my sims just to test out the selfie feature, i have been messing around with the photo studio and learning about the photography skill which was included. Get to work was the first sims 4 expansion pack but i only recently got it due to birthday money. I have several other expansions, game packs and a few stuff packs. 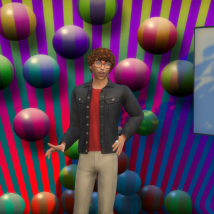 Persephone is our doctor pictured taking a selfie in her work uniform. The first day of work went well apart from the large queue of customers. Persephone managed to complete her first day of work well and her second day was even better and she got a promotion. I chose her boyfriend Dylan to work as a scientist but i have yet to go to work with him!

I chose to get Persephone pregnant and test the new hospital way to give birth where they lie down in a machine and they make weird faces but in the end the baby was born! 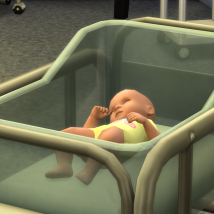 I named the new baby girl Eunice. I am sure there is loads more for me to explore in the sims get to work expansion but so far i am loving it!